5 Suggestions for Resolving Conflicts at Work 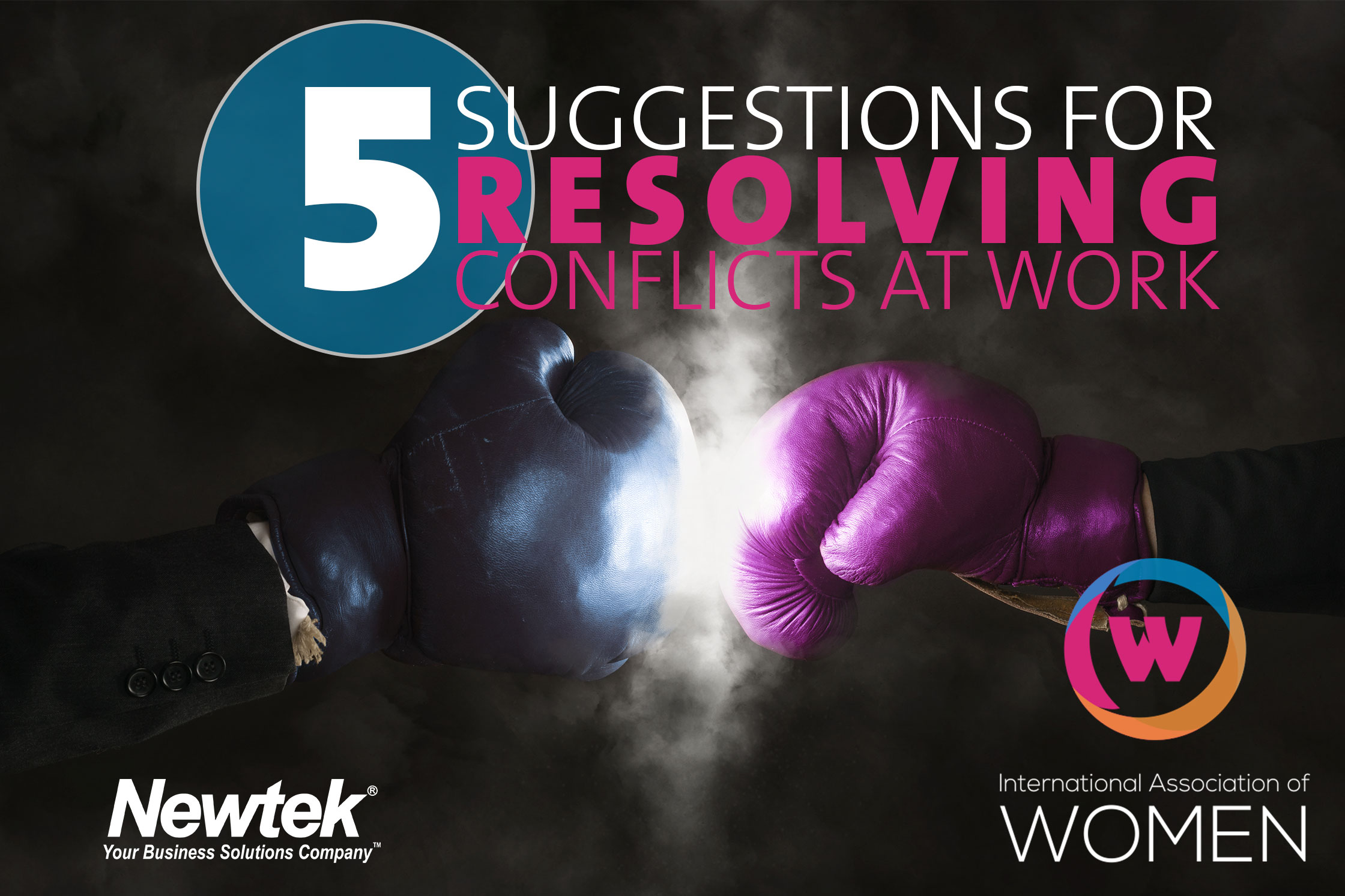 This article was originally published at the International Association of Women’s website.  To learn more about this organization and its mission to empower women in business click here.

The workplace is comprised of a wide variety of different talents, skills, ideas, and tenets. This diversity is celebrated, even embraced; each individual brings something unique to the table. Each difference adds its own value. However, this does always make for a harmonious workplace. With varying opinions or visions, conflict is bound to arise.

This is not only expected, it can be healthy as people are forced out of their comfort zones. The more they push beyond the borders of their own world, the richer their experiences will be and the entire organization benefits. The experience isn’t enough though. The key is knowing how to resolve conflict at work.