Skip to content
Home>Blog>News>Monday Motivation: The Humble Beginnings of Apple 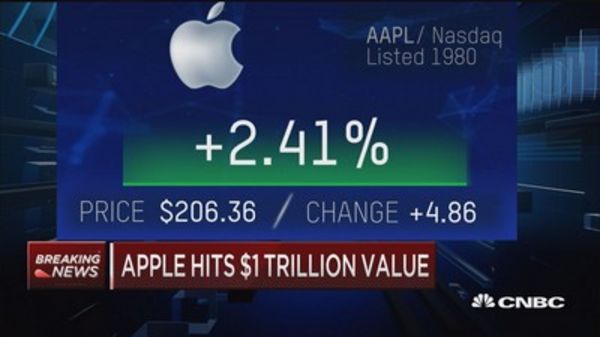 It’s been hard to escape the news: On August 2, 2018, Apple Inc. became the first American company to be valued at one trillion dollars. That’s a 1 followed by 12 zeroes. Since their name has been so dominant in the marketplace for so long, it’s easy to forget that this accomplishment didn’t happen overnight. In fact, it’s a success story over 40 years in the making.

Before they were Apple Inc. with employees all around the globe and a megacomplex in Cupertino, CA, they were Apple Computer Company with Steve Wozniak and Steve Jobs working out of the garage of Jobs’ childhood home in Los Altos, CA. That’s right, the biggest company in the world started in the 1970’s with a couple of guys who had an idea and ambition in a garage.

That’s not to say it was a smooth ride to the top. In the 80’s, Jobs and Wozniak left the company they created. The 90’s saw Apple’s reputation and market place dominance decline due to a series of ill-advised product launches and increasing competition. Jobs’ return in 1997 brought a return to the innovative approach that made the company a household name in the first place. The rest is history.

There is a lot to learn from the success of Apple, but the most important one may be to start at the beginning. It’s easy to get so focused on the desired outcome (IPO, make millions, retire early) that the product becomes secondary. Instead, focus on what interests you, what problem you are trying to solve, what need in the marketplace you are trying to fill. What makes what you are doing different, special, and necessary?

It’s not always going to be an easy road, but if you are passionate about what you are doing, you will enjoy the journey. And, who knows, maybe some day we’ll be doing a write up on you.